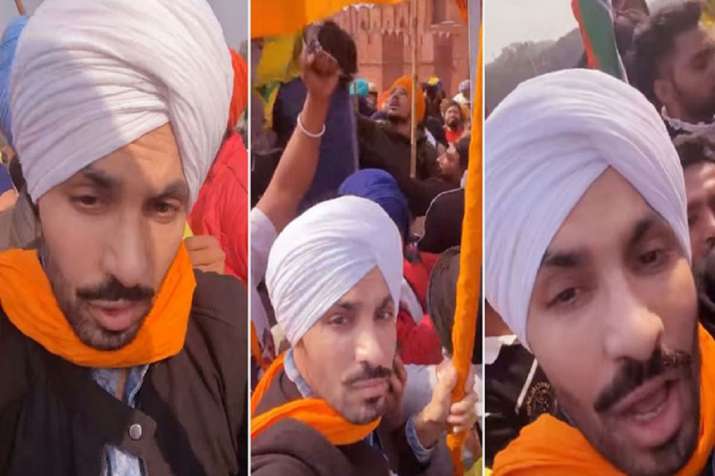 The Delhi Police has just announces a cash reward of Rs 1 lakh each for information leading to arrest of actor-activist Deep Sidhu, Jugraj Singh, Gurjot Singh and Gurjant Singh.

They also announced Rs 50,000 each for the arrest of Jajbir Singh, Buta Singh, Sukhdev Singh and Iqbal Singh for their alleged involvement in Red Fort violence on January 26.

On 26th January a group of people had hoisted the religious and farmer unions’ flags parallel to the Tricolour at the Red Fort.

Deep Sidhu, the Punjabi actor-turne-activist had gone missing after January 26. In a video footage from the incident shared on Facebook, Sidhu was caught fleeing on a motorbike from the spot as the situation aggravated. He has posted videos from hiding.

In a Facebook Live video posted on January 31, Sidhu claimed that he feels “abandoned” after the events of January 26.

“Flags were hoisted as the people wanted to show their anger to the government. But nobody took a stand. I have been deeply hurt, not because of what the government said, but what the people are saying about me,” he said.