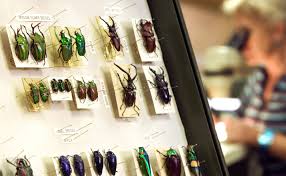 Did you know that insects make up more than 70% of Australia’s biodiversity?

The team at the Australian National Insect Collection (ANIC) in Canberra, ACT, have opened their doors for public to take a rare virtual tour of their amazing collection, facility and researchers.

There are over 12 million specimens housed in the Collection which is maintained by CSIRO Entomology.

This is an important research collection used by CSIRO researchers, university staff and students, and scientists from Australian and international research organisations.

As insects play an important role in maintaining Australia’s biodiversity, here’s your chance to learn about them during lockdown.