Australia may have reopened its borders to international students back in December, but delays in student visa applications remain a problem for some who are still waiting to return to the country.

Twitter users, including those from India and Iran, have alleged that visa applications are taking months or years. Some are airing their grievances using the #still_waiting_for_visa hashtag.

One Twitter user from India said Indian students have received PhD scholarships from Australian universities and risk losing their offers if they do not return soon. She added that their start date is close, but many are still waiting for their visa after nearly two years.

In a separate tweet, she claimed that she has been waiting for her student visa for 15 months, adding that if she cannot enrol by May 30, 2022, she would lose her scholarship and place in the university. 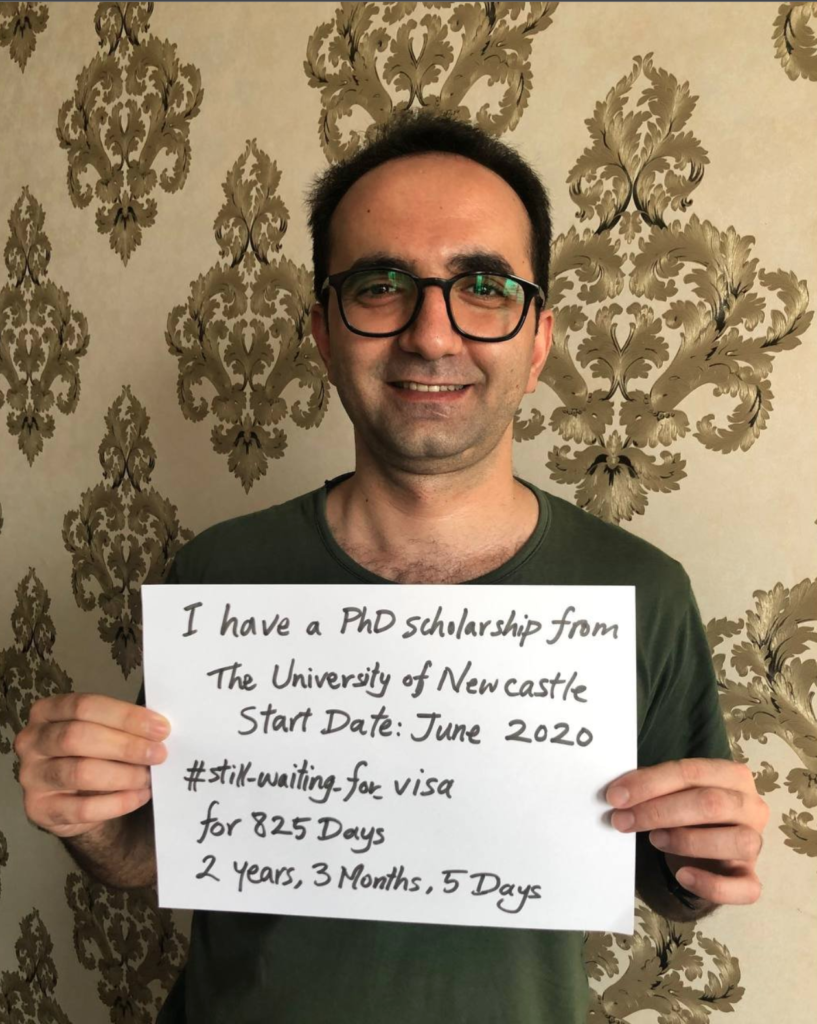 According to Pourazad, the University of Newcastle has been very supportive during his visa application process, adding that the university has deferred his scholarship “multiple times”. Source: Hamed Pourazad

Another student, Hamed Pourazad told Study International that he applied for his visa application before COVID-19 hit Australian borders.

“I applied in January 2020, and it was a good month or two before they closed the borders. The application was not difficult at the time, and I was hoping that I could get my visa and go to Australia before the borders were closed,” said the 34-year-old, who received a scholarship to pursue his PhD at the University of Newcastle.

When Australia’s borders closed in March 2020, the Iranian thought he would get his visa and “commence my studies online, as it was a common practice back in the day”.

“Even though Australian borders have been open for some time now, I am still waiting for my visa,” he said, adding that he has more than 20 friends in Iran who are facing extremely long visa assessment times.

“Some are waiting for more than two years, some have lost their scholarships, and some are about to lose their scholarships. What is bad here is that none of us can know for sure when our visas will be granted, and there is no way to ensure that our scholarships will still be valid by the time we have our visas.”

Deepak Chahal, an Indian PhD student at Macquarie University, told Study International: “I have applied for the student subclass 500 visa on Jan. 14, 2021. And I have been waiting for my visa for 15 months. I haven’t received any updates on my visa for the last 13 months.”

After contacting the DHA, the 27-year-old claimed that he, along with several other PhD students, received a “generic” reply which included that their application is going through mandatory checks that take up time.

The DHA has been contacted for comments.

Its website notes, “Due to COVID-19, some visa processing times have been affected. Applications may take longer to finalise.

“A complete application will enable quicker processing. We encourage students to provide the Department of Home Affairs with complete Student visa applications.”