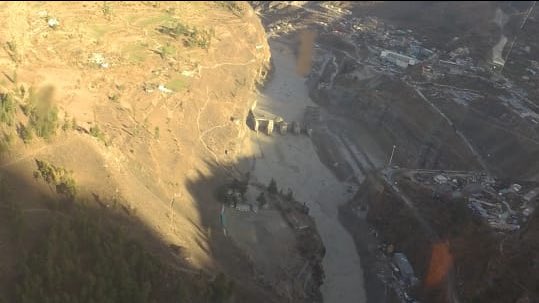 After the devastating flash floods in Uttarakhand following a glacial collapse, Prime Minister Scott Morrison on Monday expressed support to India during the aftermath of the disaster.
Taking to Twitter, Mr. Morrison commented that Austalia stands with ‘one of its closest friends at this very difficult time’.

“Devastating news for India and Prime Minister Narendra Modi following flash flooding in Uttarakhand. Australia stands with one of its closest friends at this very difficult time,” he tweeted.
A glacier broke in the Tapovan-Reni area of Chamoli District of Uttarakhand on Sunday that triggered massive flooding in Dhauliganga and Alaknanda Rivers and damaged houses and the nearby Rishiganga power project.

Following the incident, leaders across the world including French President Emmanuel Macron and Japanese Ambassador to India Satoshi Suzuki expressed condolences to the victims of the glacial burst.
Uttarakhand Chief Minister Trivendra Singh Rawat has announced an ex-gratia of Rs 4 lakh each to the kin of those who lost their lives due to the glacial burst.
“We are assuming that around 125 people are missing. The number can be higher,” Rawat said. He added that the government has all the needed assistance to handle the situation for now.