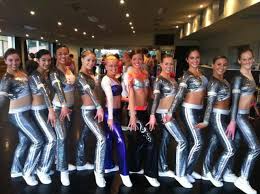 A principal at a Sydney girls’ school told students not to “compromise the employment” of male teachers by wearing skimpy and revealing outfits.

“Please remember girls, there are men teachers at this school and they don’t want to be looking at that either.”

Cheltenham Girls High School principal Suellen Lawrence made the above controversial comments in a video address to students.

The NSW Department of Education says the Principal will apologise.

Experts and parents have termed the Principals’ comments as “unfortunate” and “inappropriate”.

An Indian-Australian parent and Sydney resident, Indranil Halder, took to Facebook to express his disappointment over the remarks made by her daughter’s school Principal.

It is reported that after several students of the school confronted the principal, a whole-school muster was held where Ms Lawrence claimed the remarks had been taken out of context.

“I am not attacking any individual girl or any student that may have gender-identity issues or any of those things at all … I am simply saying to you girls, please make sure that you adhere to the request of the school which is that you are dressing appropriately.”

Cathy Brennan has said that support and counselling would be made available to the students of Cheltenham Girls High School (CGHS).

A friend of one of the parent’s commented:

“Is ‘skimpy’ clothes – part of the school uniform? Why would people wear something that’s not part of their uniform!”

“The principal’s statement yet again buys into the main idea of rape culture: that girls/women are somehow accountable for ‘inciting’ men and should take responsibility for that. Apparently men – male teachers, specifically – are incapable of self-control.”

Do you think it is just an issue regarding the school uniform or dress policy? Or, the real question in this debate is should girls be held responsible for how other people (especially men) look at them?