Hijab made part of police uniform for Muslim female officers 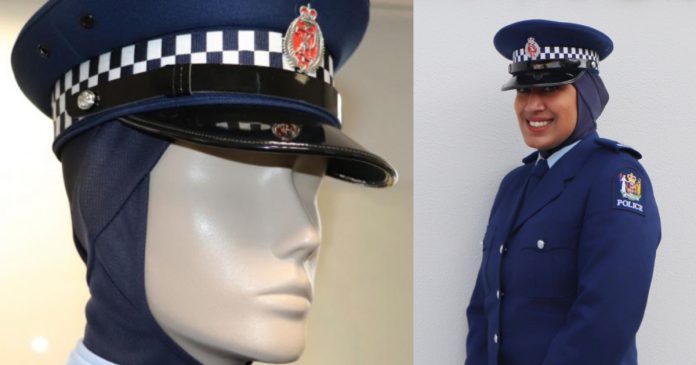 The hijab is now an official part of the New Zealand Police uniform with Constable Zeena Ali (30 yo) who has become the first member of NZ police to graduate wearing the hijab as part of her uniform.

Born in Fiji, Zeena Ali moved to New Zealand with her family when she was a child. She was inspired to join the NZ police to help her Muslim community after the Christchurch terror attack.

During her training, the Royal New Zealand Police College Staff arranged for her special Halal meals and made a prayer room available for her. This was revealed in a social media post of the New Zealand Police.

“When I had to go swimming I was able to wear long sleeves – a full swim suit,” Zeena Ali said in an Instagram post.

After receiving queries from young Muslim women as to why there was no hijab as part of the police uniform, police and design experts from Massey University developed a hijab that can be worn as part of the uniform.

“Having a police-branded hijab means women, who may not have previously considered policing can do so now. It’s great how the Police incorporated my religion and culture. … I am thrilled the Police went out of their way to make sure the hijab I have on meets health and safety requirements as well as my own personal needs,” Zeena Ali said in an Instagram post.

In Australia, Maha Sukkar of Victoria Police wore a hijab in 2004 and in the UK, the Metropolitan Police in London and Police Scotland approved a uniform hijab in 2006 and 2016 respectively.

So, she along with Pc Arfan Rahouf, the operational lead for faith and belief in UK police, got involved in the development of a practical and comfortable hijab for UK police’s female officers.

With the success of developing and introducing hijab as part of police uniform in the UK and New Zealand, it is hoped that it would make inclusion and diversity a key agenda for the police service in non-Muslim countries.

Here are some other non-Muslim countries allowing hijab as part of female police officers’ uniform.