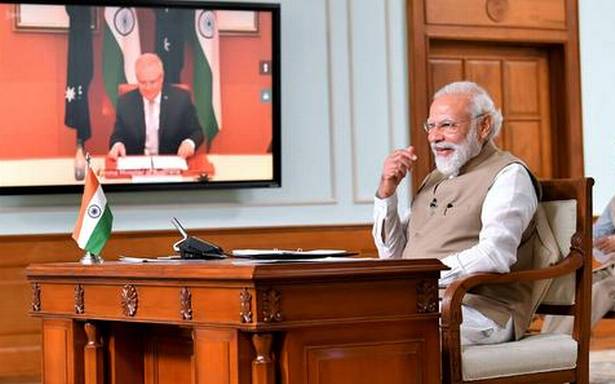 Australia’s Defence Minister Linda Reynolds has withdrawn from a high-profile international conference that was to be held in India next month.

It is said that she has taken this step because of the uncertainty that mounts over her future in the crucial frontbench role in the Prime Minister Scott Morrison’s government.

Senator Reynolds went on leave in February after being admitted to hospital to receive treatment for a pre-existing heart condition.

She made this announcement after her handling of a rape allegation.

These allegations have been levelled by her former staffer Brittany Higgins.

Senator Reynolds has earlier revealed she would remain on leave until April 2.

She was expected to travel to New Delhi with Foreign Minister Marise Payne to attend the Raisina Dialogue on April 13.

However, Senator Reynolds office confirmed to the media that she was no longer taking the trip.

The Raisina Dialogue is one of Asia’s pre-eminent defence and strategic forums.

Indian officials had planned a meeting between the two Ministers which has now been abandoned.